Panama City, Fla. – Bay Correctional and Rehabilitation Facility Warden Craig Hanks today hosted the community advisory committee for a luncheon and tour at the correctional and rehabilitation facility to address recovery efforts and the reopening of the facility in the aftermath of Hurricane Michael.

During the luncheon, Warden Hanks addressed the facility’s experience with Hurricane Michael, including sharing photos of the extensive damage with the community advisory committee members.

“Hurricane Michael was a deadly, category four storm that hit Bay County with winds over 155 miles per hour,” said Warden Hanks.  “Our facility suffered catastrophic damage while housing more than 960 inmates and 100 of our staff members and their families.  We are proud of our employees, because, together, we pulled through safely and recovered quickly.  Now, less than four months after Hurricane Michael made landfall, we stand ready to reopen – the first correctional facility in the region to do so.” 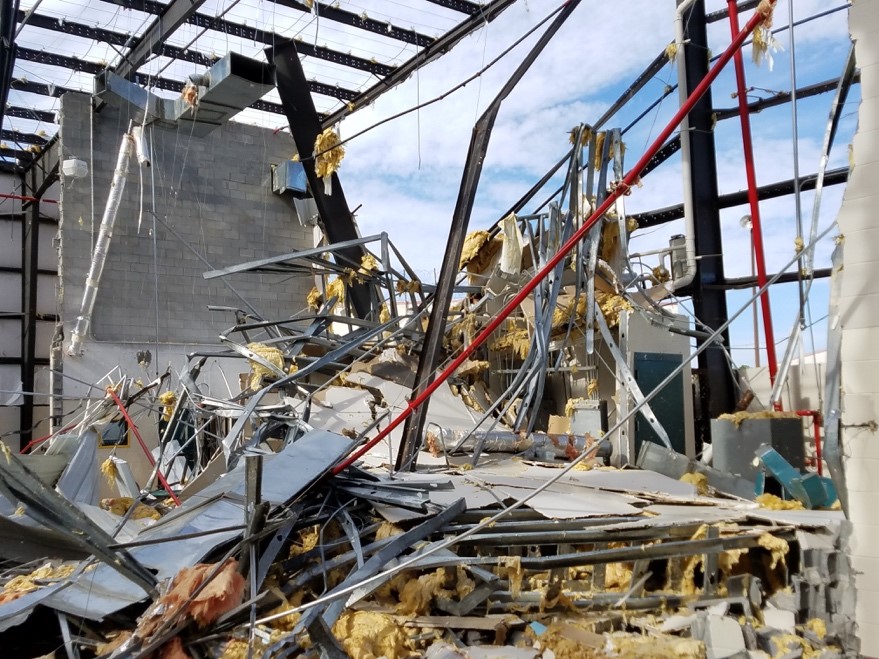 Warden Hanks also discussed the timeline of events leading up to, during and after Hurricane Michael made landfall, highlighting the facility’s preparation and subsequent recovery efforts.

“As Hurricane Michael threatened Florida, the decision was made by the state to have correctional facilities in the region shelter in place, as such, we began immediately making preparations in conjunction with the Florida Department of Corrections,” said Warden Hanks.  “Following landfall, we began coordinating with FDC on evacuation and successfully evacuated all inmates within just five days.  At that point, we were able to begin basic clean-up of the facility and evaluate damage.” 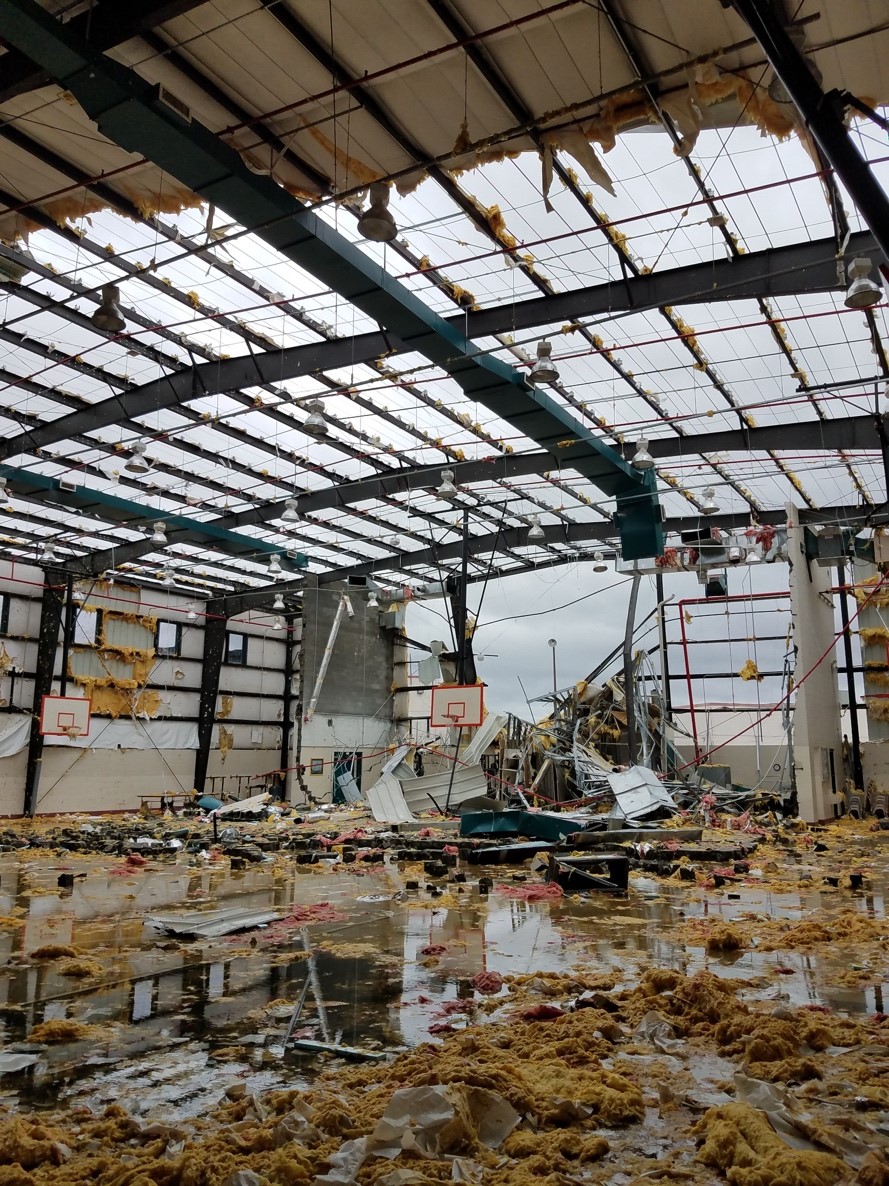 “We were also fortunate to be able to set up temporary housing for staff and their families, including a men’s dorm, women’s dorm, family dorm and pet’s dorm,” continued Warden Hanks.  “The facility also began preparing and encouraging staff to get three hot meals made daily at the facility, do laundry, take a hot shower and whatever else staff needed.  In fact, we were able to house staff members who needed shelter until early November, and set up a makeshift daycare for staff to allow people to return to work.”

In the aftermath of Hurricane Michael, The GEO Group Foundation provided $25,000 to the local Education Foundation to assist children in the community.  Additionally, donations from GEO staff throughout the company, resulted in several $2,000 grants for employees and their families who lost their home, due to the impacts of the storm.

Finally, during a tour of Bay Correctional and Rehabilitation Facility, Warden Hanks showed the community advisory committee members the extensive repairs the facility has undergone in order to reopen on Tuesday, January 8, 2019.

“Damage to the facility was extensive, with roofing severely damaged, sky lights torn off, fencing compromised and air conditioning units impaired,” said Warden Hanks.  “Since Hurricane Michael, we’ve worked quickly to repair the roof and fencing, mount new skylights, install new air conditioning units and have done extensive painting.  To complete work even more quickly, the staff also pitched in and worked in the facility moving furniture, cleaning and painting to prepare for the inmates to return.” 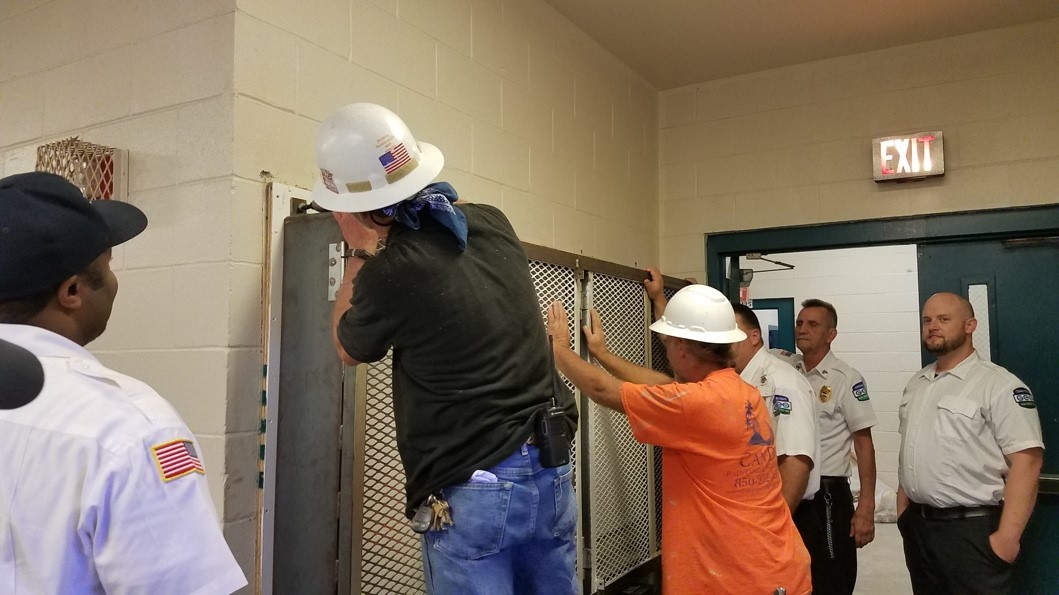 “We are incredibly proud of our staff and community, who truly came together in the wake of this devastating storm, and we look forward to, once again, being able to offer the individuals in our care the unparalleled programming available at Bay Correctional and Rehabilitation Facility that helps to successfully integrate inmates back into society and reduces the likelihood of recidivism.”

Special mention was also given to the two main contractors, White Construction Company and Ameritech General, whose quick deployment of resources and work coordination with the facility made this reactivation possible.

The Bay Correctional and Rehabilitation Facility is a medium security state correctional facility operated by The GEO Group, which offers enhanced rehabilitation programs and post-release support services through the GEO Continuum of Care.